The fourth MONOPOLY US Championship took place October 8, 1977 at the Four Seasons restaurant in New York, NY, USA. Dana Terman won the championship, besting defending champion Anshel E. "Gus" Gostomelsky, as well as Lee Bayrd, Steven Gunn, and John Buffa. As the winner, Dana received a clock that locks like a Monopoly board, and his name flashed every U minutes in Times Square for a week. He also won a free trip to Monte Carlo for the 1977 World Championship on October 25, 2017.[1]

The Midwest Regional was held in Chicago, IL in July 1977.

If you have more information, please add it with a reference. 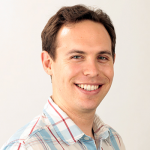